While it’s easy to be unkind about the big, heavy and expensive F-111 Aardvark, it was definitely a multi-tonne Mach 2 marvel for its time. So as a special treat, here’s a bit of a walk-around of the Royal Australian Air Force’s A8-134, now thoroughly ‘de-fanged’ and permanently retired.

#134 (cn D1-10) is a General Dynamics F-111C on long term loan from the RAAF to the South Australian Aviation Museum. The C model was a special reconnaissance variant of the Aardvark, developed for the RAAF with longer wings, strengthened undercarriage, and a sophisticated camera fitout. 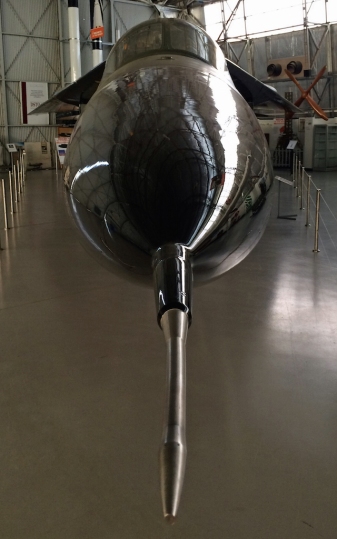 …With its nose down in the weeds. Anecdotally, at least, the F-111C’s ability to fly low and fast in zero visibility is behind the ‘Pig’ soubriquet. (© airscape Photo)

Looking up to the cockpit, with the forward edges of the escape crew capsule clearly visible. SAAM opens the F-111 to the public on selected open cockpit days. (© airscape Photo)

To ensure smooth airflow into the engines, huge splitter plates stand off from the airframe by about 75mm, separating the boundary layer from more laminar flow. (© airscape Photo) 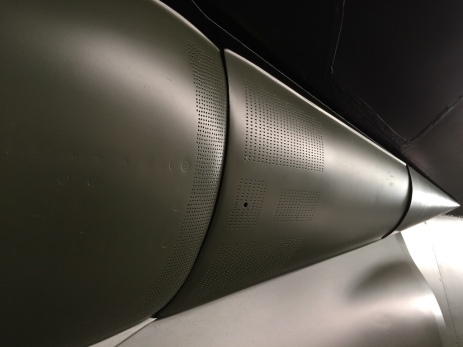 Even with the splitter plates, the F-111’s intake cones are perforated with holes for boundary layer control of the transonic and supersonic airflow into the engine ducts. (© airscape Photo)

A8-134 first flew at Fort Worth on November 18th, 1968 but the type didn’t become operational with the RAAF until July 25th, 1973 – after a long series of technical issues had been worked through.

She was modified to RF-111C standard in 1980 and served with both No.3 and No.1 Squadrons before being retired on December 3rd, 2010. After a period of outside storage at RAAF Amberley in Queensland, and then on display in the RAAF Amberley Aviation Heritage Centre, she was repainted in SEA camouflage and trucked to the SAAM for loan/display, arriving there on March 18th, 2013. 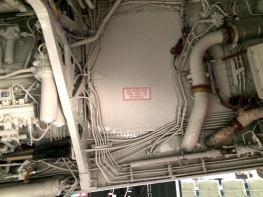 The crowded sidewall of the main undercarriage bay – a maze of ducting, hydraulic lines and more, plus a ‘Fast Acting Door’ warning that you wouldn’t have time to read if the door started operating unexpectedly. (© airscape Photo)

Along with a range of advanced technologies, the F-111 employed some fairly exotic metallurgy – including the bearings for the massive all-flying horizontal stabilisers. (© airscape Photo)

A more mundane aspect of the aircraft, this extremely robust tail bumper protects the after end of the fuselage from damage in case of over-rotation. Compare it with the bumper on a large passenger jet next time you get the chance. (© airscape Photo)

A feature that will be familiar to any pilot – fuel tank water drains, of which the F-111 has …a lot. Below is the pressure fuel adapter door, sealed shut for display, along with most other maintenance doors and ports. (© airscape Photo) 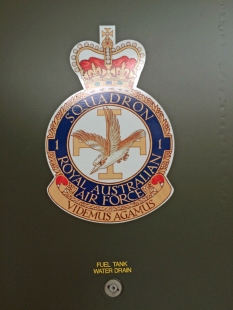 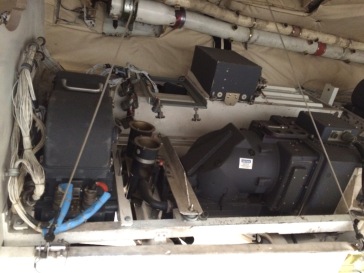 Any more detail and we’d have to… you get the picture. This is the forward end of the massive camera bay. The cameras are mounted on the swing-down bay door and look directly through clear panels. (© airscape Photo)