Back in March 2014 (yeah, where has THAT time gone??) I attended the Centenary of the Royal Australian Air Force at Point Cook, armed with nothing more than my iPhone.

Surprisingly for some, it was a calculated move. I knew I’d be frustrated, then disappointed, by the performance of my entry-level DSLR – especially the tendency of my zoom lens to go ‘soft’ in the tempering heat of a long flying day.

Running counter to that, I understood that the iPhone (a 5s, for the record) had no real zoom to speak of, an average processor, and quite noisy compression.

Still, what happened next was kind of surprising. My self-imposed ‘restrictions’ were actually quite liberating, as I was forced to look at the day from a completely different perspective. Instead of shouldering up to the crowd line to chase frame-filling pictures of air planes, I was forced to step back and take photos of an air show.

The difference won’t please everyone. After all, some of the planes look like they’re miles away. And a more advanced processor would always deliver better images. (So would a better photographer, for that matter.) But then again, even when I have the camera of my dreams, that little iPhone camera will have freed me from the tunnel vision of a DSLR and its drainpipe lens.

I literally learned to look at the bigger picture, and take photos of people enjoying a day of aviation. And isn’t that what airshows are all about? 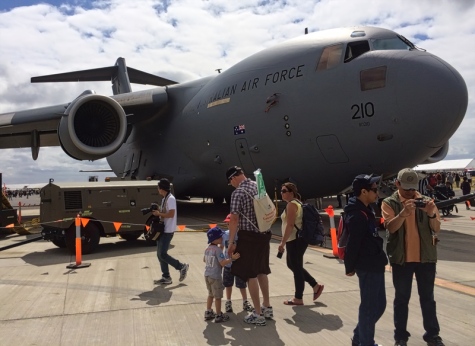 Big Day Out. A cross section of humanity circulates round C-17 Globemaster III, A41-210. 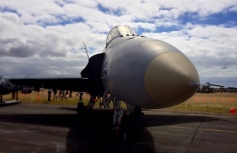 Big Nose… No need to change lenses for a frame-filling image of this “classic” Hornet, on static display. 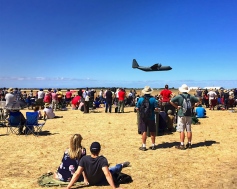 Enjoying Airplanes… A couple sits back and watches a low C-130J pass. 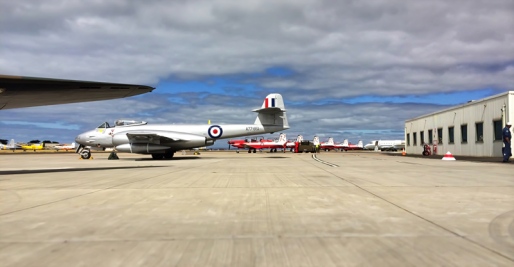 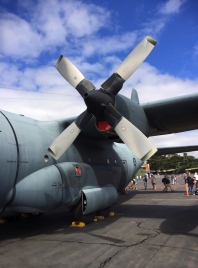 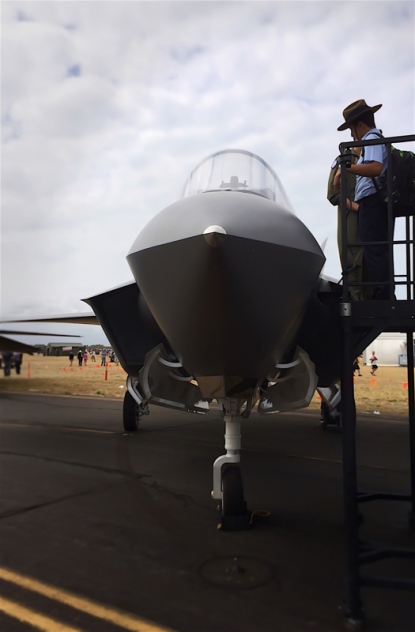 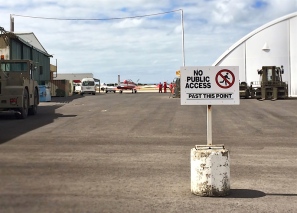 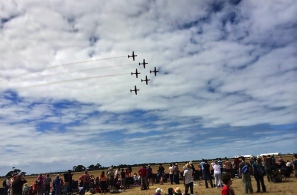 Airplanes & Audience… The RAAF Roulettes display to an appreciative crowd. You can’t have one without the other. 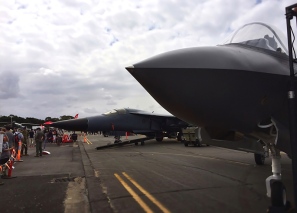 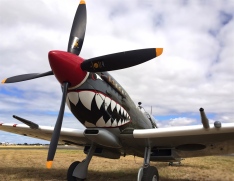 Face To Face… Proof that you don’t need a big lens to get a Spitfire by the teeth.

Step Right Up… The smaller camera was ideal for walkaround details – the HARS DHC-4 Caribou in this case. 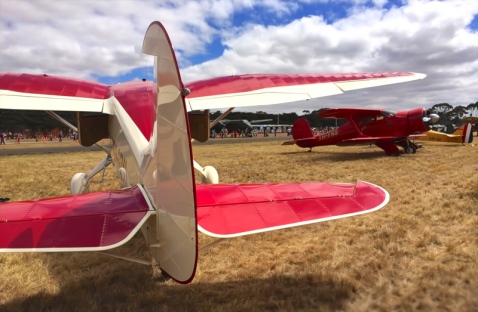 3 thoughts on “The airshow”