Skyfaring. A Journey with a Pilot.

They are all too rare – those timeless books that not only describe flight perfectly, but also convey all the beauty, poetry, wonder and magic that gives the subject its soul.

From over 100 years of successful aviation, the list is surprisingly short: Charles Lindbergh’s We; Wind, Sand and Stars by Antoine de Saint-Exupéry, Ernest K. Gann’s essential Fate Is the Hunter; and, of course, Richard Bach’s Jonathan Livingstone Seagull.

In Skyfaring. A Journey with a Pilot, author Mark Vanhoenacker openly admits his love of flight. It’s why he wrote the book; it’s why chose a career in the cockpit of a 747; it’s there on every page.

At this point, I’d insert the piece of text that illustrates my point. But it’s almost impossible to choose. As a lover of aircraft, a pilot, a frequent airline commuter and a career writer, I felt Skyfaring was ALL highlight.

Here’s a typical example of the evocative style:

“Think back to when you first flew. When you first left the Earth, and travelled high and fast above its turning arc. When you looked down on a new world, captured simple and perfectly through a window fringed with ice. When you descended towards a city, and arrived from the sky as effortlessly as daybreak.”

Ahhh yes! And that’s just from the ‘About the Book’ bit at the start!

Vanhoenacker revels in the inherent beauty of things he sees every day – in the environments we traverse, in the machines we build, and in the language we use to guide them. He points this beauty out to us as clearly as a frame in a gallery indicates art, so that again and again, all the ordinary elements of his world are shown for the extraordinary wonders they really are.

Heart of the matter

At the heart of Skyfaring – right where it belongs – is chapter 4 Machine. I use the word ‘heart’ advisedly because, much as we’re interested in how flying long distances will affect us, how efficiently each trip can be routed, what we’ll fly through and over, and who we’ll meet on the journey, the heart of the whole affair is the glorious, beautiful, improbable contrivances that make it happen.

Vanhoenacker has written a celebration of the poetry, creativity and art that is inherent in the science and engineering of aircraft design. Graphically, he describes the epiphany he had when airplanes taught him creation and cold science can co-exist.

Maybe that’s where the fascination lies – flying tells us secrets about life itself.

He also recalls a visit to the giant Airbus A320 assembly plant at Hamburg-Finkenwerder, Germany, where he is shown everything from enormous slices of fuselage waiting their appointment with the fabricators, to a stack of “the world’s most expensive rubbish bins” waiting to be placed into finished cockpits. But it’s not simply a description; we are genuinely given a chance to share his sense of awe and amazement at the complex symphony that brings these living machines into the air.

The chapters preceding Machine are titled Lift, Place and Wayfinding. In textbooks, Lift would introduce you to the fundamental principles of flight. It does here, too, but this time it’s to the fundamentals of the love of flight. The chapter traces Vanhoernacker’s journey to the cockpit in parallel with a flight from London to Tokyo, with natural weighting toward the arrival phase of both journeys: The description begins with him waking in a crew rest bunk.

Place brings a completely different fascination, as the text explores the landed experience of modern jet travel. There is the ease of changing between cities and cultures, contrasted with our slow-evolved physiology’s inability to digest this new rate of change. Alongside the familiar time-and circadian-based ‘jet lag’, the author introduces ‘place lag’ – our mind’s racing to catch up with the impossible changes of environment. One example he gives is going from hiking in Connecticut to dining in London, while the mind still races to resolve what happened to the all-so-recent sensations of hiking.

Wayfinding take us in yet another direction, into the highly evolved systems of modern navigation. Here, Vanhoenacker reveals his genius for sharing. He helps us to appreciate the intricacies of technologies like the Inertial Navigation System, while encouraging us to enjoy a medieval-like wonder at just what it can do. Why? Because even as a pilot who accesses the technology every day, Vanhoenacker himself is still in touch with the marvels of it all.

And nothing is missed, from the virtual geography of airspace to the surprising whimsy, poetry and even levity of waypoints. What should be coldly anonymous, abstract co-ordinates with random but pronounceable five-letter code names are revealed as a kind of aerial graffiti. We’re introduced to routing sequences like WALTZ – INGMA – TILDA between Australia and New Zealand, or WONSA – JOLLY – SWAGY for pilots approaching Australia’s western shores. The examples are many, memorable and global – from TULIP off the Netherlands to WIKID and PAHTI off Boston.

The elements of air travel

Following on from Machine, we journey into Air, Water, Encounters, Night and Return – the true elements of air travel. As you’ve probably gathered by now, each treats a different aspect of flight in observations that are at once enlightening, surprising and inspiring. Beauty abounds – in the names of winds, and the incredible lifecycle of weather, right through to far less obvious ways – both ancient and modern – of seeing the stars.

“The heavens from a dark cockpit are a breathtaking proposition”, Vanhoenacker writes in Night, “and a consolation when the night is moonless. High up the sky looks three dimensional. For once, outer space bears at least the idea of fathoms, or depth; a sea composed of distance, shot through with ancient lights.”

Water is an especially fascinating chapter, water being such a constant part of flight. The old saw about the earth’s surface being 70% covered in water gets a mention, but only as a point of comparison. The more valuable statistic is that about 60% of the world is covered in cloud at any given time. Water may have 70% of the surface, but it reaches 100% of the air – giving rise to a litany of poetic references to the science, beauty and power of clouds, rains, fogs, storms, ocean crossing, seascapes and white-capped approaches to coastal runways.

But my favourite of all, not surprisingly, is Air. Vanhoenacker has a pilot’s love of the invisible nothingness that can hold so much aloft, along with a more universal sense of wonder that it does. To marvel at air is to marvel at flight itself, and Skyfaring is an ode to things marvellous. The peculiar properties of air, the compounding effects of mass and temperature and velocity and altitude, and all their compounding effects on the practice of flight, are sensitively, patiently illuminated.

And yet, even while he’s taking us behind the black curtain and showing us the contents of the magician’s hat, none of the magic is lost. (Quite a trick.) Nor is the romance of sunsets, our timeless relationship with the atmosphere; nor the wonder that we can rise on something so unsubstantial and completely invisible, go anywhere we choose, and descend safely back to more solid ground.

What flying is about 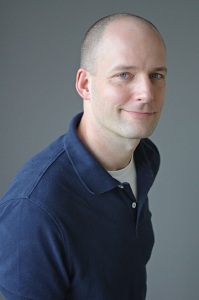 Skyfaring is Vanhoenacker’s first book. His real job is as a right-seater on British Airways 747s, flying long-haul routes across the world. After teenage flying lessons in the USA and post-graduate study in England, his first career was in business consulting. And there, amid frequent air travel for work, he realised his true love was the sky itself. Almost immediately, consulting became a stepping stone to flying lessons, and flying lessons to a career as an airline pilot.

There’s little doubt that he has a gift, not just for prose but also for breaking down barriers. Too many professions wall themselves off from the un-inducted on the basis that outsiders ‘just wouldn’t understand’. Combat veterans are famous for it, and fair enough too. But professional pilots have less reason to be so exclusive.

Vanhoenacker razes this barrier with honesty, passion and grace. He recognises that everyone who flies is sharing the same incredible adventure. If you are interested enough to ask, he is enamoured enough to respond. With marvellous depth and insight.

The result isn’t just a book about flying; it’s a book about what flying is about – nature, people, technology, design and the miracle of it all.

Whether you fly for a living, a love, or just to get home, Mark Vanhoenacker’s writing will stir your spirit with a fresh appreciation for aviation, and fresh perspectives on the things you thought you knew.

I’m totally confident his beautiful words will find a place among aviation’s best-loved books, with exit row seating in flight bags, camera bags and carry on bags the world over. It will be with us for decades. But why wait?

You can find copies of SkyFaring – A Journey with a Pilot from US$13 here, or through your preferred bookseller.